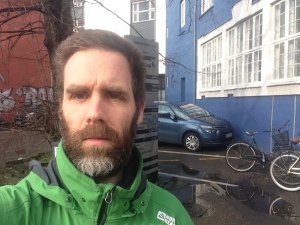 A child will come to our house tomorrow. Another child, a small one, one who doesn’t know anything about life. He will have no answers. It’s my duty to give him some.

He won’t know anything about our house, about his brothers’ room or about how the fridge. He’ll be ignorant about what to do if his clothes get dirty or if we need to do the dishes. He won’t be able to water the plants or kill the ants or cut the weed. I’ll show him.

He won’t know the difference between left and right. He won’t even know there’s a distinction to be made. He’ll think he’s abandoned when he can’t hear or see anyone, and he’ll think he’ll be hungry forever if he can’t get food at once. I’ll teach him that solitude can be a good thing, and that hunger is not so bad.

He’ll have no knowledge of sports. Not NBA, not football, not ski, not running. I’ll teach him. He won’t know that orange is called orange and red is called red, and that his brothers disagree about where to draw the line between them. He won’t even know that these two clowns running around are his brothers. I’ll tell him. They’re not clowns, they’re family, and they’re not running, they’re playing, and you’ll play in the exact same way in just a few years.

He’ll have no idea how to use a toilet, or even what a toilet is. He’ll try to put everything in his mouth, from nails to spiders to cables. He’ll cry when he throws everything up again and be frightened when he hears a strange sound from outside his window. I’ll be there to soothe him, teach him, show him.

Tomorrow, my youngest son will be my second youngest son. Tomorrow, there will be three boys in our house, three small boys who need all the guidance and mentoring and help they can get to understand and choose right. They’ll hate me. They’ll love me. I’ll give them lots of wrong answers. I’ll give them the occasional right answer. But that won’t be the point.

I’ll give them better questions. But that won’t be the point either.

They’ll scoff at me in some years. They’ll laugh at my feeble attempts at finding answers, at finding questions, at thinking in general. Dad, they’ll say, you’re hopeless.

I know, I’ll say. And then we’ll laugh together and they’ll do their best to mentor me, show me how they found their questions, explain to me what their answers mean.

Tomorrow, a child will see his first home for the first time. His bed, his kitchen table, his stack of diapers. Tomorrow, I’ll start mentoring my third son. I don’t have a plan how to do things. I won’t have a plan. Except this: to make him more and more independent of me.

And so it begins.