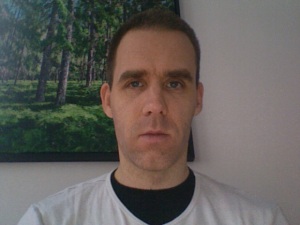 Sleep, where in the waste is the wisdom?

It all started so well. I went to bed before eleven o’clock, feel asleep before midnight, but then the party started outside. My first thoughts this year: God, are they trying to bomb us? Fireworks everywhere, from all sides, echoing in the narrow streets and lightning up our tiny bedroom. I have never been in a worse fire works storm, never heard a louder one nor seen a longer lasting one.

So I couldn’t sleep, of course. One hour, two hours of being kept awake by drunk teenagers and shrieking kids and adults going whoho and yesss and wow.

(I could have gone outside and joined the party. But I never liked fireworks that much, especially after my stint in the army, where we shot with cannons and I destroyed my hearing. I am not a loud bang-guy. And I was dead tired.)

And yet, despite little sleep, I got up at he crack of dawn. Well, at 7, at least, the kids woke me up. I put on my running clothes and got out the door while they played Wii and my wife was still asleep.

It was dark outside. It was cold, 3 degrees. I ran barefoot between the burned remains of yesterday’s party, paper and glass everywhere. I tried to see what I was stepping on, where I put my foot, but most of the time, I couldn’t see much more than blurred shadows, and I had to trust my foot. Feel my way forward.

I passed young men stumbling and staggering around, I passed an old man walking his dog, I even passed another runner. A few young men shouted something in my general direction, possible related to me being barefoot, but other than that (and a few cars), silence.

I came home after 25 minutes and 4 kilometers. Cold, tired — and proud. The first thing I did this year: running barefoot in the cold. I don’t know what strength barefoot running goes under, but I surely showed lots of that strength. This year will be a breeze.

We can just stay at home, can’t we? Wak around the block to get some fresh air and then stay at home and do indoor stuff?

Oh, she sighed. I thought you had this great plan to be curious this year.

I am curious. I read books and marvel at the size of the universe.

I have suggested five places to go, she said, and you couldn’t be bothered to even contemplate going there. Curious, you? Who want to do the same thing as you have been doing every day since Christmas Eve? Feed the birds again? Play chess and stratego with you sons again? Hah! That’s not curious, that’s lazy.

I mumbled something incoherently and laid down upon the sofa to get some rest. The run had made me tired, and I was sleepy. I slept for ten minutes while the kids and my wife decided where to go. I woke up, stll feeling annoyed at my wife, irritated, but still without any good reasons to be so. I put on shoes and a jacket and got in the car and we all drove to a forest with a playground some fifteen minutes away.

I wore shoes. I chickened out. It was to cold to be standing still. On the other hand, I admitted to my wife that she might have had a point. That is also bravery.

Everyone is curious when they are warm and rested. Everyone consider themselves curious: when you meet someone who really, honestly, thinks of himself as not curious, your first reaction would be: Huh? You’re joking, right?

It’s not until it takes an effort to be curious, that your level of curiousness really shows. If you have broken a leg and lie there in the cold, Alaskan mud, and still are more conserned with the flower you just found, what kind of flower it is, how it manages to grow in this cold, what kind of pollination symbiosis it is a part of — if you do that, you’re curiuous. If you feel like staying indoors and not go anywhere because you couldn’t be bothered to make the slightest effort to explore the world — you’re not.

It is day 1. The one virtue I felt certain to have in abundance, is the one I already realise I am lacking. It might be a long year, after all.